Latest figures show an amazing $10 million has been raised by Country Education Foundation of Australia (CEF) since it began in 1993; with grassroots volunteer contributions playing a vital role in funding the further education of young rural and regional Australians.

In line with National Volunteering Week, the not-for-profit national organisation seeks to appreciate the ‘world of difference’ its community-based committees have made in the lives of over 5000 students nationwide and to the future generations of regional and rural communities.

CEF reports a rising number of volunteers involved in the rapidly growing organisation over past 12 months, with over 450 people now actively involved in the 44 CEF rural and regional committees throughout working in six Australian states and territories.

These local committee volunteers are essential in growing CEF’s role in facilitating and advocating further education for the future generations of our rural and regional communities.

The Katie Walker Outstanding Service Award is annually awarded to outstanding foundation committee members, in recognition of their dedication and tireless efforts which assist in addressing and raising awareness of the issues facing rural youth when pursuing their dream of further education.

The award is named after passionate volunteer and Yass District Education Foundation committee founding member, CEF Director Katie Walker. Ms Walker said the organisation would cease to exist without the hard work of volunteers across the national footprint.

“Our organisational model relies on volunteers. CEF’s success is a testament to the diligent people who give their time due to a collective belief that education changes lives,” Ms Walker said.

“Society today is so time poor with such busy lifestyles across the board. I have total admiration for volunteers in communities who give so generously with their time.

It’s been especially hard in rural and regional committees in this time of drought, putting extra pressure on wonderful volunteers.”

Cooper’s Story Of Where Ambition Leads…

Cooper’s Story Of Where Ambition Leads… Gunnedah girls take ambitions and make them a reality 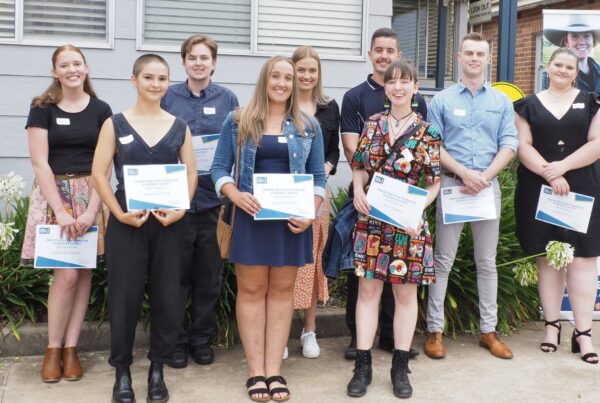